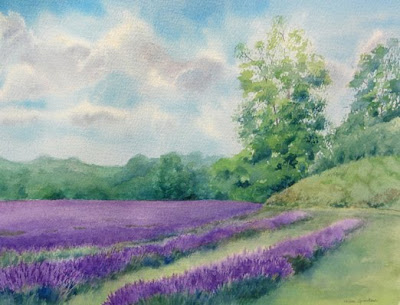 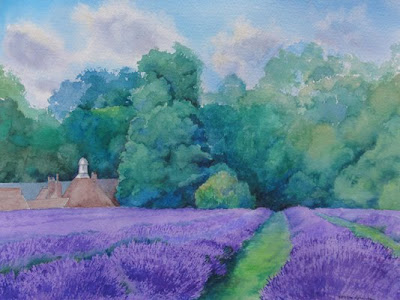 Mayfield Lavender, Woodmansterne.
Well I've done a lot of work on these since Friday. I may still add some finishing touches before framing them for an exhibition next week. 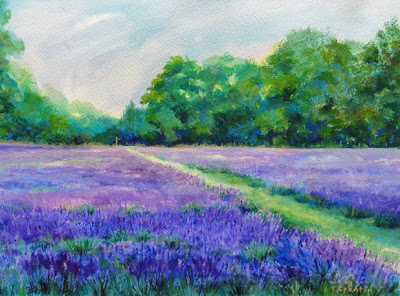 The painting above was started earlier in the month and has just had some finishing touches. The first layer was done using FW acrylic inks. I like the way these spread and mixed on the paper creating some interesting effects. I was a bit reluctant to work to over this with acrylics but it was only intended as a base so I took the plunge. The colours from the inks glow through the painting and create an effect that I would not have got otherwise. I will use the inks again both under acrylics and as a wet loose watercolour in its own right.
Posted by Colours and Textures at 13:38 5 comments: 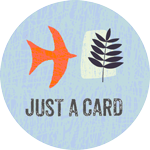